The NSCC offers a nautically oriented training program for young Americans, ages 13 through 17. The NSCC allows young people to sample military life with no obligation to join any branch of the armed forces. Should a cadet decide to enlist in either the Army, Coast Guard, Navy, or Marine Corps, prior NSCC training may permit entry at an advanced pay grade (E-2/E-3), depending on the service.

Both the Navy and NSCC strive to provide Naval Sea Cadets with a broad educational base so as to develop the "whole person" concept. To this end, both civilian and military lecturers are invited to present to cadets the wide range of civilian and military career opportunities available to them, and to help explain youth's responsible role in society.

NSCC training, as described in the NSCC/NLCC Advancement & Training Manual, is authorized on board the ships and shore activities of the Navy and Coast Guard, as well as onboard other civilian and military bases and stations having facilities needed to host NSCC advanced training. Training is also conducted at civilian facilities such as fire houses, police facilities, etc. Cadets train in accordance with curricula approved by the Commander, Navy Recruiting Command. Training is conducted by military personnel and by qualified NSCC officers and instructors.

There are many opportunities for youth to grow and pursue their interests. Sea Cadet training consists of various Navy Correspondence Courses, training evolutions (away from local units), and training arranged locally by units.

Training takes place mostly during summer months and occasionally during winter and spring break periods and are generally one to two week evolutions. The first training evolution for all cadets is NSCC Recruit Training, better known as boot camp. It is a scaled down version of the Navy's boot camp. It's highly structured and demanding!  For approximately two-weeks cadets are instructed by active and reserve military personnel and Sea Cadet officers in military drill and discipline, physical fitness, seamanship, shipboard safety, first aid, naval history, and leadership.

After completion of RTC, the advanced trainings ranging from culinary arts, field operations, amphibious operations, FAA ground schools and scuba diving.  These and many training opportunities are available for cadets to participate in at various locations throughout the US and abroad!  Here at the Columbus Squadron, we have taken field trips to Parris Island for Marine Corps training, visited Norfolk Naval Station, boarded USS George H.W. Bush (CVN-77) aircraft carrier and visited The Strike Fighter Squadron 87 (VFA-87), which is a Navy strike fighter squadron based at Naval Air Station Oceana in Virginia.

Please consult the Sea Cadets Homeport for more specifics about the program at homeport.seacadets.org 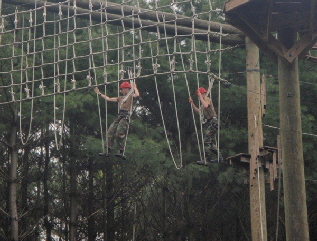 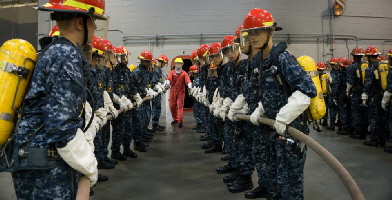 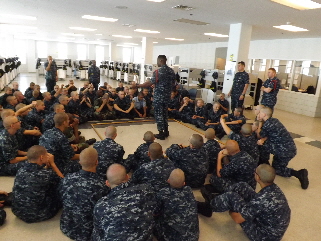 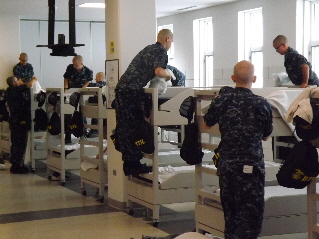 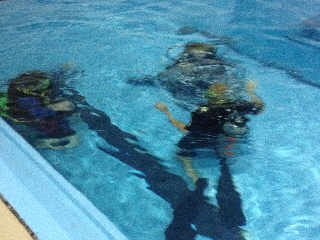