What is Sea Cadets?

Sea Cadet organizations exist in most of the maritime nations of the world. Recognizing the value of these organizations in educating youth in maritime matters, the Department of the Navy requested the Navy League of the United States to establish a similar program for American youth. The Navy League agreed to do so and formally established the Naval Sea Cadet Corps (NSCC) and Navy League Cadet Corps (NLCC) in 1958. Recognizing the importance and benefits of the NSCC, Congress federally incorporated the Naval Sea Cadet Corps under Public Law 87-655 (36 USC 1541) on September 10, 1962. September 10, 1962 is considered the birthday for the NSCC.

The Naval Sea Cadet Corps (NSCC) is congressionally chartered organization for American youth ages 11-17 who have a desire to learn about the Navy, Marine Corps, Coast Guard and Merchant Marine.

Sea Cadets are authorized by the Secretary of the Navy to wear Navy uniforms appropriately marked with the Sea Cadet Corps insignia. The objectives of the Sea Cadet program are to introduce youth to naval life, to develop in them a sense of pride, patriotism, courage, and self-reliance

Enrollment fees for the first year cover initial enrollment process, basic uniform issue, secondary insurance coverage and an ID card. Continued enrollment fees are usually less than the initial enrollment.  They include an updated ID card and secondary insurance and issued ribbons, rank etc....  Summer trainings are 1-2 weeks in duration and can range from $150-$300 covering room / board, training course and materials. (Transportation to / from trainings not inclusive).

To join, potential cadets must be between 11-17 years old, have good academics and no disciplinary issues with the law, school or at home.  Most importantly, cadets must be willing to challenge themselves according to the National Sea Cadet motto:

Since 1958 the Naval Sea Cadet Corps has been committed to providing American youth with a drug and alcohol free environment to foster their leadership abilities, broaden their horizons through hands-on training and guide them to becoming mature young adults.

Today, the NSCC has formed partnerships with organizations such as the Foundation for Teaching Economics and the Flying Midshipman Association to offer cadets broader opportunities in areas of leadership and aviation.

The NSCC also took an active part in the creation of the International Sea Cadet Association (ISCA). The ISCA is an association of Sea Cadet Corps' from around the world, whose main objective is to facilitate exchanges of cadets between member countries.

For more information about the benefits of the Sea Cadet programs, please see

The Goals of the National Sea Cadet Programs

At the request of the Department of the Navy, the Navy League of the United States established the USNSCC in 1958 to "create a favorable image of the Navy on the part of American youth".

Today's US Naval Sea Cadet Corps continues to further the image of our maritime services by adhering to a standardized training program designed to:

The NLCC and the NSCC programs are similar, but vary in that their training sessions are tailored to be age-appropriate.

"...through organization and cooperation with the Department of the Navy, to encourage and aid American youth to develop, train them in seagoing skills, and to teach them patriotism, courage, self-reliance and kindred virtues."   - NSCC Charter - 36 USC 1541 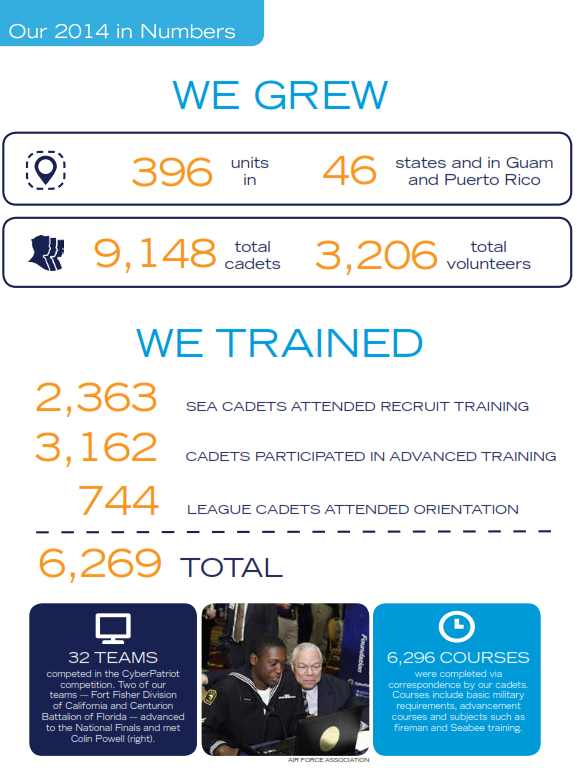 About the Columbus Squadron

The USNSCC -Columbus Division was formed on 12 July 1963 with William Rolf as its first Commanding Officer.

On 01 March 2011, the unit name was changed to the Columbus Squadron. 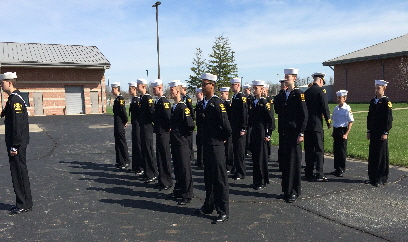